Ambient temperature in a room is influenced by factors such as the weather, humidity, room insulation, equipment, people inside the room, cooling systems, heating systems, and other factors. A room with electronic equipment such as computers, servers and printers, will be warmer from the heat generated and dissipated by the equipment. The body heat from people, animals and other mammals will also lead to warmer temperatures.

The ambient temperature is more dependent on nature and hence not very easy to control, however the designers can limit the power dissipation of the components to avoid reaching extreme temperatures. This is achieved through limiting the current in applications with high ambient temperatures in what is referred to as derating, and achieved with the aid of derating curves such as the one below. 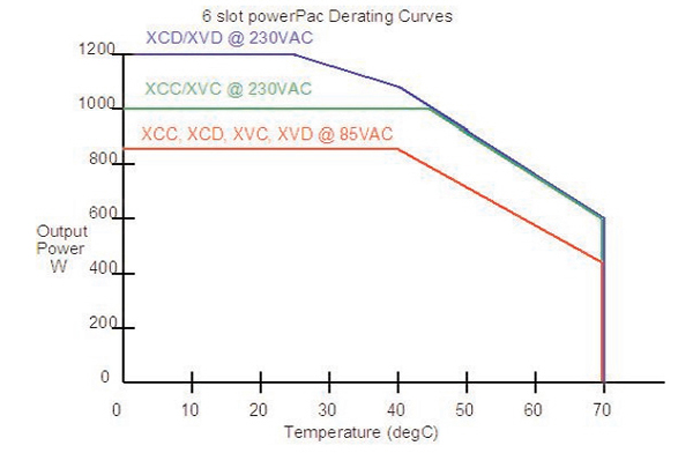 Manufacturers usually give their power ratings based on an ambient temperature of 40 degrees C. If the power supply is used in an environment above 40 c degrees, the power capacity must be reduced as per the derating curves, and full derating observed at 50 degrees. A 60 W 40 degree power using would for example be operated at 30 W at 45 degrees ambient temperature. However, there are some power units which are designed for higher ambient temperatures at extra costs. It is therefore important to consider the operational environment whenever purchasing a power supply or any other equipment that may be affected by the temperature.

The ambient temperature should be observed and maintained at safe range of between 40 and 70 degree C. It becomes difficult to cool some equipment like computers above 80 degrees since the normal cooling systems may fail to maintain the recommended operating temperatures.