What is Reinforced Insulation?

The reinforced insulation has the same level of insulation just like a double insulation. The insulation between the dangerous voltages and user-touchable circuits or safe voltages is provided by means of a single layer. However, this is a homogeneous layer made of several sheets of insulation that cannot be tested as single insulation layers but usually tested as one piece.

The insulation provides a physical separation between the solder tracks or joints, cores, windings, etc. This provides protection against electric shocks in addition to an adequate clearance either by one or two insulation levels or by a physical spacing from the live parts.

Electronic components may require additional structural enchantments in terms of meeting a minimum thickness of the insulating layer resulting from multiple insulation film layers. Other requirements include an increased clearance and creepage as well as passing the thermal test, surge tests and more. 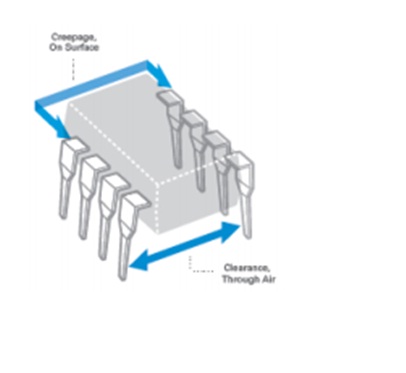 Other than the protection against electric shocks, the reinforced insulation may provide a fail-safe operation that terminates the system activities when there is a failure. This helps in securing the components from damage by some of the faults.

The level of insulation is very critical and affects the form factor, performance, reliability and cost of equipment such as transformers.