Separated Extra Low Voltage (SELV) system is an extra low voltage electrical circuit that is electrically separated from other circuits that carry higher voltages, isolated from the earth and from the protective earth conductors of other circuits.

In the SELV system, the voltage should not exceed the extra low voltage under the normal conditions or under single-fault conditions such as those from earth faults in other circuits. The SELV systems are separated from the earth such that a single fault cannot cause an electrical shock to anyone in contact with the system.

The design involves using an insulation transformer, guaranteed minimum distances between conductors and insulation barriers. The SELV systems must have protective-separation such as reinforced insulation, double insulation or protective screening from all circuits carrying higher voltages. The SELV cables must be double insulated or pass through plastic conduits especially when they are likely to come into contact with other circuits.

In addition, the wiring should be completely separate from systems or cables with higher voltages as well as from other SELV circuits, PELV circuits, and from the earth ground. It is permissible to have un-insulated current carrying parts such as terminal screws for lower voltages of up to 25 Volts. However, it is recommended to use a kind of insulation to avoid short circuiting such as those form batteries.

The safety of the SELV systems stems from:

For a power system to be classified as a SELV, it must comply with the following:

Once an SELV system such as isolation transformer is earthed, it ceases to be an SELV and instead becomes FELV (functional extra-low voltage) as illustrated below. 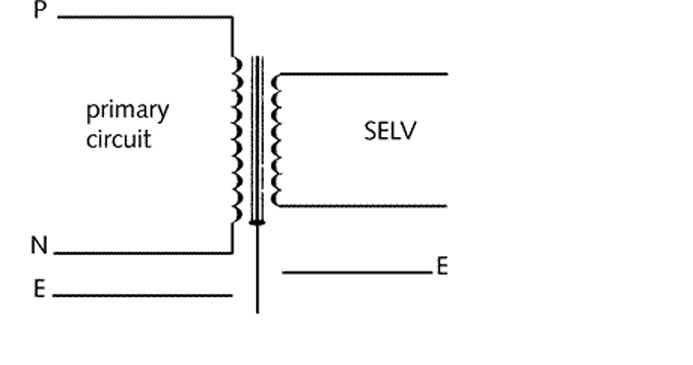 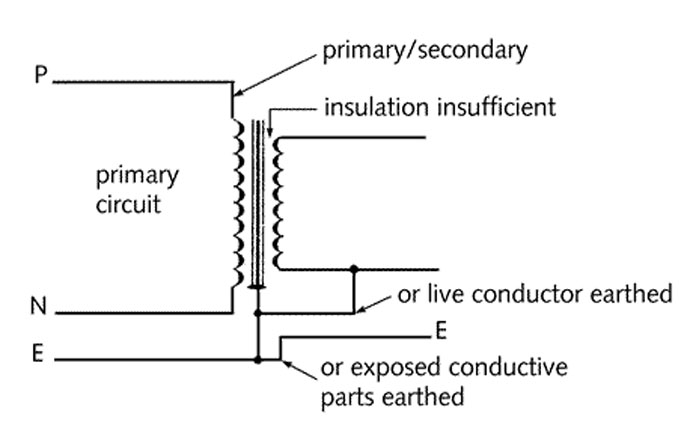 Typical examples of SELV are:

The Separated Extra Low Voltage (SELV) systems can be thought of as having a protective partition from the other higher voltage systems. Combining the low voltage, basic insulation, and protective separation makes SELV systems one of the safest electrical systems.