The AC is the short form for Alternating Current, in which the electric charge reverses direction at regular intervals to produce alternate positive and negative values of the same magnitude.

The alternating current follows a sine waveform where the voltage increases steadily from zero, rising to the maximum positive peak voltage. It then reverses and drops down through zero into negative direction until it reaches the negative peak value, which is equal to the positive in magnitude and only different in polarity. The voltage reverses again and climbs toward the zero point to complete one cycle. This process repeats at the rated frequency of either the 50 HZ or 60 HZ (cycles per second). 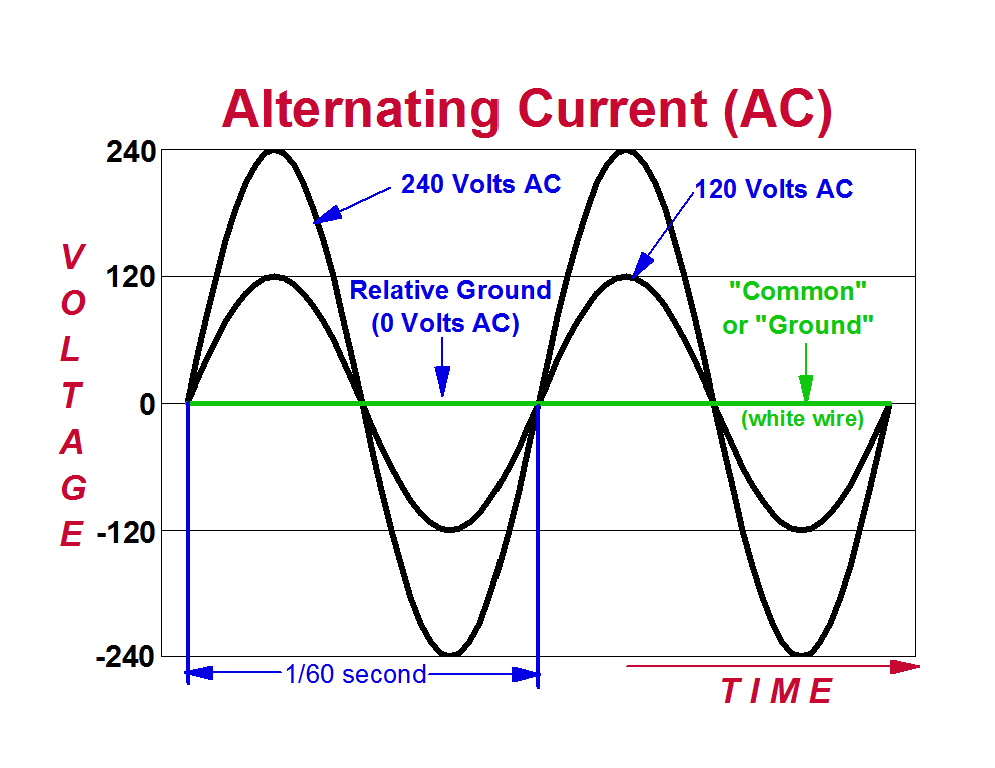 The rate of reversing direction is quantified by the number of complete cycles per second and is known as the frequency. The two commonly used frequency standards for domestic and industrial applications are the 50 Hertz which is used in most parts of the world, and 60 Hertz used in the USA and some other regions.

The other frequency is 400 Hz this is used in aircrafts, spacecraft, marine, military and other sensitive applications where light equipment and higher motor speeds are desired.

The ac is generated using hydro, diesel, steam or wind turbines. Other sources are the renewable energy sources such as the solar; however, some of these produces the direct current and must be inverted to alternating current before being fed into the grid.

The alternating current is the common form of electrical power generated and distributed due its ease of generation and distribution. The alternating voltage is easily stepped up and down to suit any required voltage level. To minimize power losses in the conductors, the electrical power is transmitted at high voltages and low currents. This is later stepped down at the distribution and consumer level to suit the consumer’s needs.

Majority of electrical and electronic equipment use ac power at either 220-240 volts or 110-120V for domestic and office applications, and 415V for industrial. However, most of the equipment and especially all electronics use external or internal power supply units to convert the ac into the appropriate direct current (DC) required by the electronic devices and circuits.

Our employees may now be dispersed but you can continue to contact us through the usual channels for sales and technical queries and will receive the same levels of service throughout. We are still processing and shipping our customer orders daily. Dismiss