What is an LED Driver?

An LED driver is a self contained power supply which regulates the power required for an LED or array of LEDs. The light emitting diodes are low energy, lighting devices with a long lifespan and low energy consumption, hence the requirement for specialized power supplies.

How does an LED driver differ from a convectional power supply?

An LED light driver is somewhat like cruise control in a car, the power level required changes throughout the LED’s temperature increases and decreases. Without the correct LED light driver the LEDs would become too hot and unstable resulting in failure and bad performance. To ensure the LEDs function perfectly the self contained LED driver is required to supply a maintained constant amount of power to the LED.

The LEDs provide low voltage and protection for the LEDs.

Individual LED bulbs operate at voltages ranging from about 1.5 to 3.5 volts and currents of up to a maximum of 30mA. The domestic bulbs may consist of several bulbs, in series and parallel combinations and which requires a total voltage of between 12 and 24 V DC. The LED driver rectifies the AC and lowers the level to suit the requirements. This means converting the high AC mains voltage which ranges from 120 Volts to 277Volts, to the required low DC voltage.

The LED drivers provide protection to the LED bulbs against current and voltage fluctuations. The drivers ensure that the voltage and current to the LED bulbs remains within the operating range of the LEDs regardless of fluctuations in the mains supply. The protection avoids providing too much voltage and current that would degrade the LEDs or too low current that would reduce the light output.

The LED drivers are either used externally on internally within the LED bulb assembly.

These are commonly used in domestic LED bulbs to make it easy when replacing the bulbs; the internal drivers are usually housed in the same case as the LEDs. 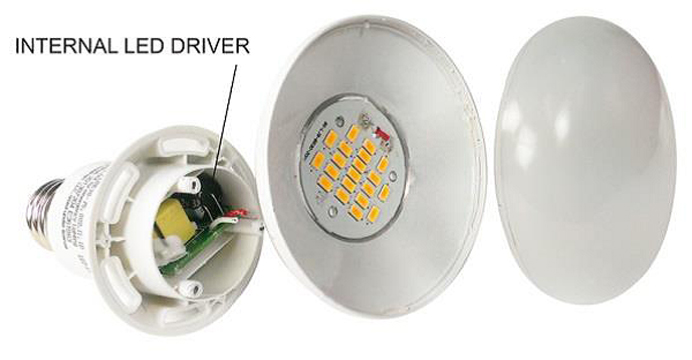 The external drivers are housed separately from the LEDs and usually used for applications such as outdoor, commercial, roadways lighting. These types of lights require separate drivers which are easier and cheaper to replace. In most of these applications the manufacturer specifies the type of the LED driver to use for particular light assembly.

Most of the LED bulb failures are due to the failure in the driver, and it is easier to replace or repair the external driver compared to the internal driver. 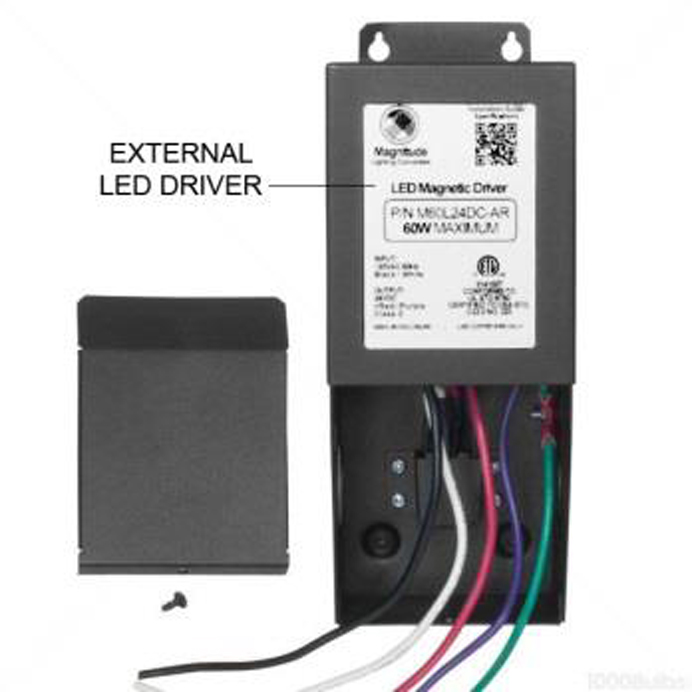