The magnitude of AC voltage appearing superimposed on the DC output specified in peak to peak volts or expressed as a percent of the nominal output voltage.

Regulation and ripple content are two critical parameters that are important for the power supply output. High quality supplies are well regulated and have little ripple. During the conversion of the AC to DC in a power supply, the resulting output DC pulsates in rhythm with the mains supply frequency which is either 50 or 60Hz depending on location. The ripple frequency follows the AC mains regardless of the switching frequency and usually the same as the mains for half bridge rectifiers and twice for full bridge.

The ripple contributes to constantly varying voltages at the output of the rectifier which appears as a pulsating voltage rising from zero to a maximum and back to minimum. The ripple voltage is unsuitable for most sensitive electronics equipment and current from the ripple voltage may cause heating and damage of capacitors over time. 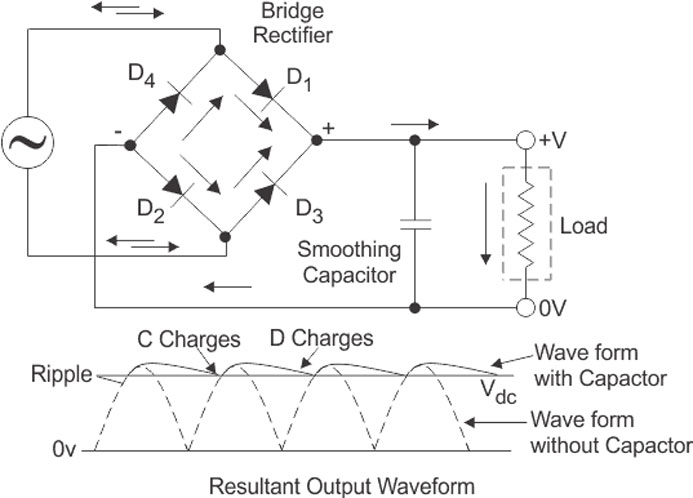 Figure 1: Output waveform with and without a smoothing capacitor

The ripple appears at the output due to the fact that during the active half cycle, the energy is supplied from the secondary winding which is fed by the primary, the output therefore follows the increasing voltage. During the times when the primary doesn’t transfer voltage to the secondary such as at zero crossing, the load current comes from the energy stored in capacitor at the output.

Since this energy decays with time as the component discharges, the output voltage decreases slightly. The output voltage will therefore vary between high points and low points depending on the magnitude of the ripple voltage.

The magnitude of the ripple is dependent of many factors and the lower the better for most sensitive equipment. The ripple leads to power losses and overheating of components hence risk of damage in addition to inefficiency. It is therefore essential to remove or minimize the ripple in at the output. This is done using filter circuits which usually consist of a parallel capacitor or series inductor or both.

The amount of ripple in power supplies is often indicated by the ripple factor:

Where – Vripple(rms) is the rms value of ripple voltage at the output and Vdc is the absolute value of the power supply output dc value.

The ripple can be reduced by smoothing capacitors which converts the ripple voltage into a smoother dc voltage. Aluminum electrolytic capacitors are widely used for this and have capacitances of 100uF or more. The repeated dc pulses charges the capacitor to the peak voltage. Factors to consider when selecting the capacitor are the working voltage and the capacitance value. A low capacitance will not be effective and capacitors may be connected in parallel to increase the value as long as the load current is not too large.

Where I(load) is the load current, f the frequency and C the capacitance of the smoothing capacitor.

Acceptable ripple voltage is about 100mV peak to peak. Majority of good power supplies have ripple and noise figures of better than 10mV rms, while SMPS figures of 50mV or less are possible, however, higher current supplies are likely to have slightly higher values.

A more effective method of reducing the ripple voltage is the addition of a π-filter (pi-filter) at the output of the rectifier. This low pass filter consists of a two smoothing capacitors, as well as a choke to provide high impedance to the ac ripple. 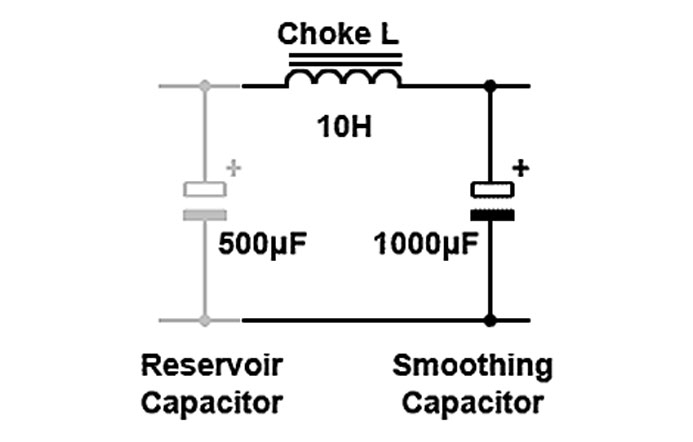 While some equipment can work with the ripples, some of the sensitive audio and test instruments not work very well with supplies having high ripple. Some of the effects of the ripples include: